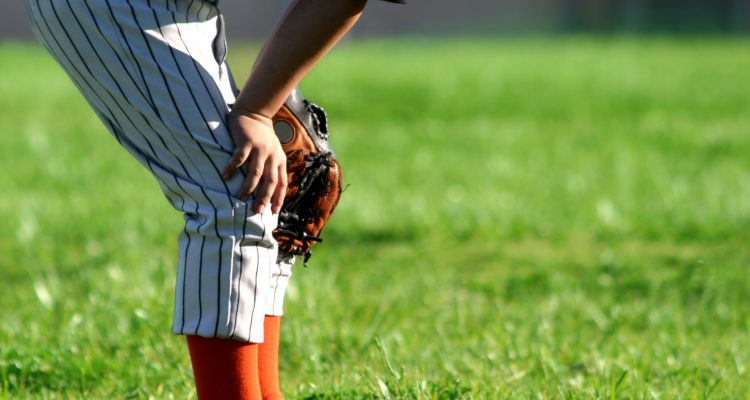 At this moment, somewhere in the world, there is a kid preparing to have his first experience in organized baseball. Picture him with a brand new glove on his hand; a birthday gift from his grandparents.  He’s had it for a few weeks and has been chomping at the bit to use it. Tomorrow is his first day of practice. He’s so excited he will barely be able to sleep tonight.

That same kid is sitting in his room playing a video game. That glove he was once so excited about, is now buried in the bottom of his closet, having gone untouched for almost a year. After 2 seasons of baseball, he decided it wasn’t for him. “It’s too boring, too hard, and I’m just not any good,” he told his parents.

There will be thousands of kids just like this who will be getting their first experience with baseball each and every year. So how do we as coaches and parents keep more of these kids interested in the game? LET’S LEARN HOW TO MAKE BASEBALL FUN!


8 Tips For Coaches and Parents To Keep It Fun and Get Kids Interested in the Game:

A coach with a positive and encouraging attitude can do wonders for players who are beginning their baseball journey. Negativity, in any fashion, can quickly cause players to distrust you as a coach, and lose interest in being a part of your team. Yelling at players has no place on the baseball field. If a player makes an error in a game or practice, they know it, and don’t need anyone (coach or parent) to bring more attention to it. Instead, lift the player up by encouraging them, giving them concise direction, and build their confidence by saying something like, “You’ll  get the next one!” Success in baseball is impossible without confidence. Coaches and parents can either BUILD or DEFLATE their kids’ confidence. Be a confidence builder!

Whether you are coaching a tee ball team or a high school team, you have to remember that they are kids. Expectations need to be appropriate. Coordination, athleticism, attention span, and maturity all vary widely among different age groups. Errors, mental and physical, are going to happen, and going to happen often. Showing anger or frustration will not make a positive impact on your team. If your team is losing focus and engaging in horseplay rather than paying attention during practice, it is probably a sign that it’s time to move on to something new.  If you ever feel frustration or anger building up, just remember to keep calm, and coach on!

Players will feed off of your energy, or lack of energy. If you want your players to be excited about a game or practice, first you need to be excited. We all have days that we feel tired, beaten down, and out of sorts. Those are the days you need to realize and be thankful for the opportunity to be around kids and to coach such an amazing sport! If you’re having one of those days, just fake the energy and enthusiasm. Eventually, it will probably become real energy and enthusiasm.


Practice Often, and Make Your Players Love It!

Baseball is a very difficult game. The only way to make it easier for kids is to practice. Yet many coaches, leagues, and organizations put the emphasis on playing as many games as possible, and practice becomes an afterthought. While playing games can teach kids a lot about the game of baseball, skill building only happens in practice. In a game, a player may get four at-bats, and a couple balls hit in their direction. This is simply not enough repetition to learn and develop a skill. With there being so few reps in a game, players are often left with a lot of down time. If their team’s practice also has a lot of down time, it is not hard to understand why a young player would come to the conclusion that baseball is boring. Hold practice often, and make sure they are fast-paced and engaging!

Every player is different. Skill levels will vary from person to person. This is especially true with teams at ages twelve and below. You may have a gifted player who can make SportsCenter Top 10 plays, on the same team with a kid who struggles to just play catch. The individual work for the gifted player should not be the same as the player who struggles to play catch. Scale the difficulty level of individual exercises in practice to each of their abilities. Every drill should allow a player to experience lots of success, but also experience being challenged. Players will quickly lose interest in drills and exercises that are too easy or too difficult.

Appropriate Playing Time For All

While equal playing time may not always be possible, give your best effort to get every player as much playing time as you can. At the same time, keep in mind the players skill set. Use discretion when deciding what positions they should play. Avoid putting players in positions that could over match their skill set and potentially put them in an embarrassing situation. No one likes riding the pine! Players who sit out of games often at a young age will lose interest quickly. You may need to get creative, but try your best to get everyone at-bats, time in the field and on the mound (if they pitch). One way to be sure you’re accomplishing this is to create a position rotation chart and post it in the dugout each game. We’ve created a printable defensive rotation chart, find it and our other printable resources HERE.

We’ve all heard the saying, “Baseball is a game of failure!” This is true, and success and achievement can be fleeting. As coaches and parents we must understand that there are only a few things that baseball players can control. Players can control their attitude, effort, work ethic, and how they treat teammates and coaches. All else is out of their control. They especially cannot control how physically gifted they are, they can only choose to work hard to get better. Set your players up for success in baseball, and life, by praising them and rewarding them for their attitude, effort, work ethic, and treatment of others, more than you praise and reward them for their achievements.

Have an Off Season

With the boom in travel baseball in recent years, more and more kids are playing and practicing baseball year-round. This is problematic for several reasons. First, baseball is a game of explosive, rotational, and repetitive movements. The average young player’s body is not physically equipped to do this for 12 months of the year. Year-round play is one of the major factors in the recent uptick in the frequency of shoulder and elbow surgeries among youth and high school baseball players. Next, year round play often leads parents and players to feel pressure to specialize in a single sport. They feel as though they will be left behind if they play other sports. This could not be further from the truth. Playing multiple sports builds cross-sport abilities that a single sport may not necessarily build. Finally, without an off season, many young athletes will get burned out after a few seasons. They are kids after all, not professional athletes. They need time to just be kids. Allow your players to take a minimum of 2 months off. This means no baseball activity at all (especially throwing)! You will be surprised at how much stronger and more energized they are when you start back up.

How do you make it fun for your players? We’d like to know, so drop a comment below!