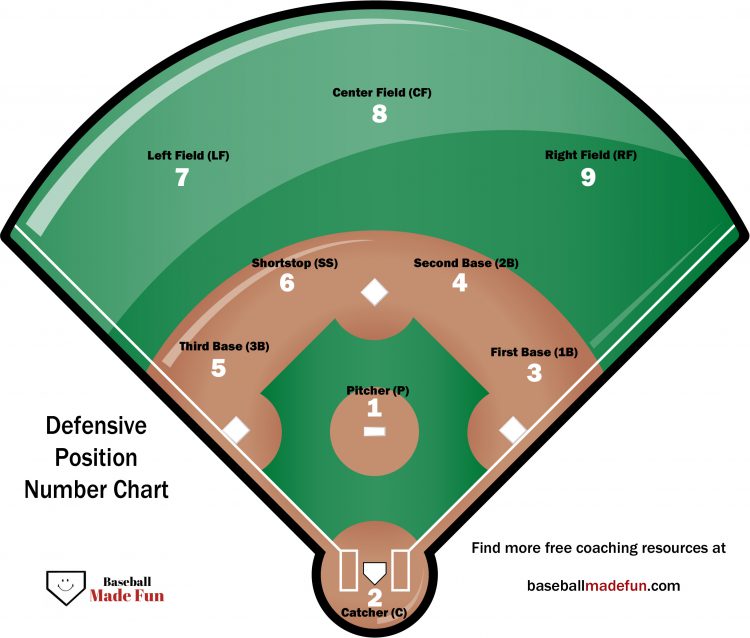 Baseball position numbers are used primarily for scoring in a score book or for use on lineup cards. If you are relatively new to the game of baseball, you may be confused when you hear someone call the defensive positions by numbers.

For example, you’ll often hear a play-by-play announcer say, “It goes down as a 1, 3 put out,” (ball went to pitcher and he throws to the first baseman for an out). Or you’ll hear, “That’s a 6-4-3 double play,” (ball went shortstop, then to second baseman, then to first baseman and resulted in 2 outs).

Here are the numbers that correspond to each defensive position on the field:

Non-defensive designations you will see on baseball lineup cards or in the score book:

You will also see these letter abbreviations in score books and in lineups. However, the corresponding players will not be on the field playing defense, they will only be in the batting lineup.

If you’d like to view or print out the baseball position numbers diagram at the top of this post, head on over to our baseball lineup templates page for the PDF version.