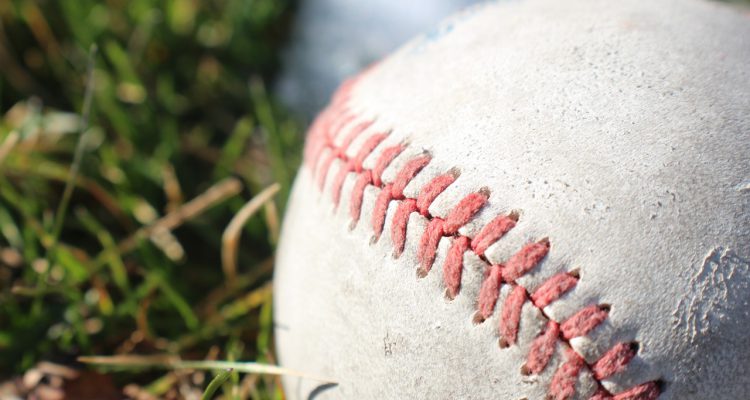 
What is a baseball made of?

Let’s start at the center of the ball and work our way out. The core of a professional baseball is called “the pill.” The pill is a small round object, smaller than a golf ball, that has a rubber outer casing and a cork center.

Around the core, are several layers of tightly wrapped yarn and twine. Each layer of yarn and twine is a different thickness and texture. The multiple layers allow the ball to be pliable, and retain its round shape even after being hit repeatedly. If you attempt to unravel a baseball, it’s going to take you a while! Each ball is made up of several hundred yards (in some cases over a mile!) of yarn and twine. Manufacturers use a special machine that allows them to wrap this large amount of material so tightly around the core.

Each layer of the baseball, starting with the core and ending with the twine, are covered with a thin coat of adhesive to allow the next layer to adhere. The outermost layer is a thin twine, designed to make the surface of the ball as smooth as possible. At this stage the product is now called the “center.”

The next step is to put a cover over the center. The cover of a professional baseball is made of cowhide. Some baseballs, are covered with a synthetic material, but are considered to be of a lesser quality than the genuine leather covered baseball. The leather covering consists of two figure-eight shaped cut outs that are sewn together.

Amazingly, all 108 stitches are sewn into each and every baseball by hand with needle and thread! Each ball uses 88 inches of waxed red thread.

Per Major League specifications, the balls are then placed into a press machine to press down the seams. Youth and high school baseballs seams do not get pressed down and remained raised for easier gripping by pitchers.

Finally, the balls are stamped with the official markings of Major League Baseball, including the commissioner’s signature, league marking, and brand. After 3 days of drying, the balls are all ready to go!

Check out the entire process of making a baseball in this short video below: