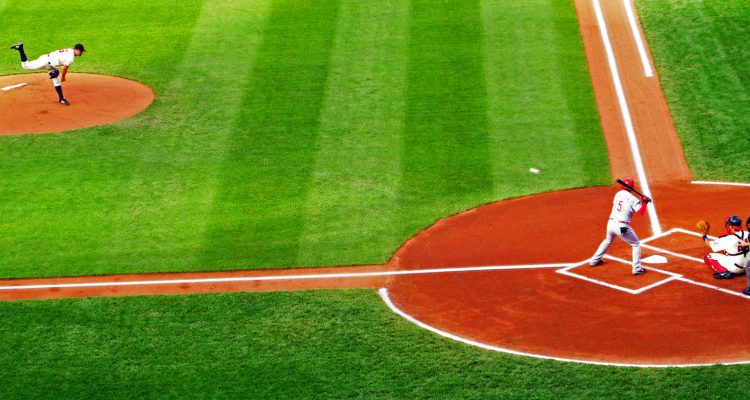 When it comes to baseball hitting drills, timing is often overlooked. Usually drills are used to help fix a mechanical flaw in the swing, or simply to eat up some time at practice. Most coaches and players will agree that timing is equally important, if not even more important than swing mechanics. So why aren’t we working on it regularly?!

Make the most of your practice time, and use these drills to work on one of the most difficult and important aspects of hitting.

Contact Point Visualization Drill: This is a front soft toss drill. Coach will be flipping under hand behind an L screen about 15 feet in front of hitter. Lay 7 baseballs in a diagonal angle across the plate, representing each location inside the strike zone from the inside corner to the outside corner. The middle ball should be in the middle of the plate, and be about even with the hitter’s stride foot after it lands on the stride. The ball on the inside corner will be a few inches out in front of the hitter’s stride foot after landing, and the ball on the outside corner will be a couple inches behind the hitter’s stride foot after landing. Before each flip, have the hitter visualize making contact with the flips at various locations directly above where the corresponding ball is placed. After each swing, have the hitter report back to you if the contact was made directly above the line of balls, behind the line, or in front of the line.

Pitcher Sync Drill: The hitter will be hitting off of a tee. The coach will be behind a screen at a regular pitcher’s mound distance. The coach goes through a wind up or stretch and simulates throwing the ball (You can actually throw the ball into the L screen to make it more realistic). The hitter will work on finding a good rhythm, and being in sync with the coach’s movements, then hit the ball back up the middle off of the tee. If the hitter has good rhythm, his gather or back move should start before the pitcher’s arm is coming forward, and his stride or forward move should begin at the moment the pitcher simulates the release of the ball. All movement should be slow, controlled and fluid.

Slow Motion Drill: This drill will be done on the tee. The hitter will take a full swing, entirely in slow motion. Be sure they keep movements flowing naturally. They should not go so slow to the point that they stop their body at any time throughout the swing (We want Slow Motion, not SUPER Slow Motion!) Obviously, they will not be hitting the ball hard during the full slow motion swings. We are looking for consistency in speed throughout the entirety of the move, and natural movements that seem to flow smoothly. After 5 full slow motion swings, now have them begin in slow motion, but at the moment their stride foot lands, have them explode through their swing. If they execute this properly, they will now be working with a slow and early start!

Ride It Down Drill: (You will need a platform a few inches in height for this drill) This is a front soft toss drill. Coach will be flipping under hand behind an L screen about 15 feet in front of hitter. The hitter will begin with their back foot on the platform and stride foot raised in the air to the position they usually get during their gather (back move). At the moment the coach releases the baseball, the hitter will begin stride. They should focus on using their back leg to control the speed of their body and stride as it works its way to the ground. Make sure they are not leaning back to accomplish this! Their head should stay in the middle of their body during the stride, not lean back over their back leg. Once they are good at controlling it, begin to challenge them by changing the speed of the flips.

Like these drills? What are some of your other favorite hitting drills? Share in the comments below!